Before eating the dog: Eviscerating. 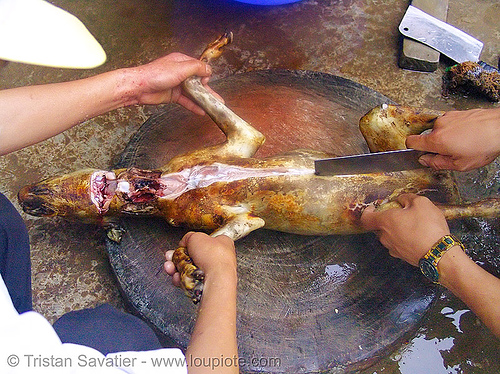 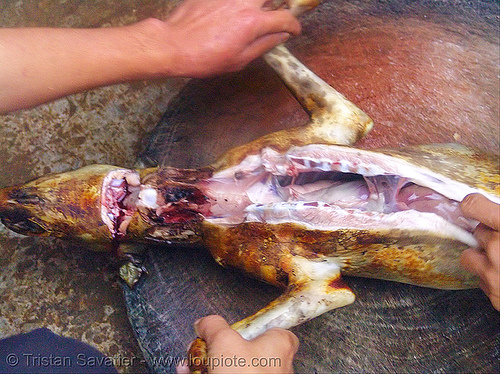 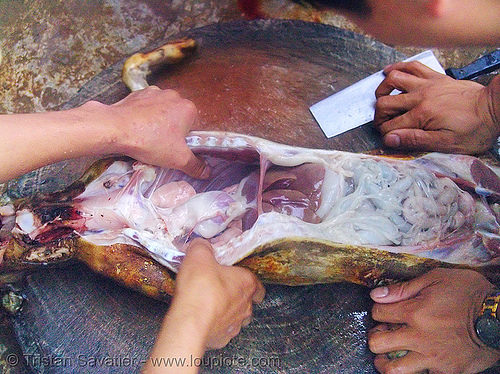 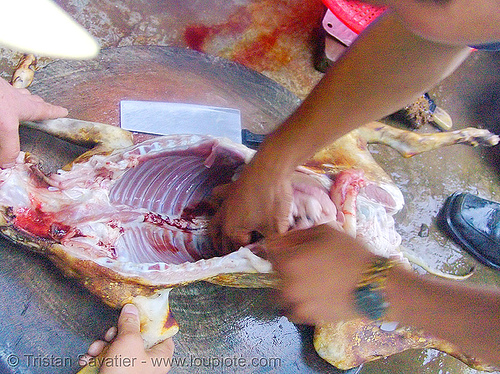 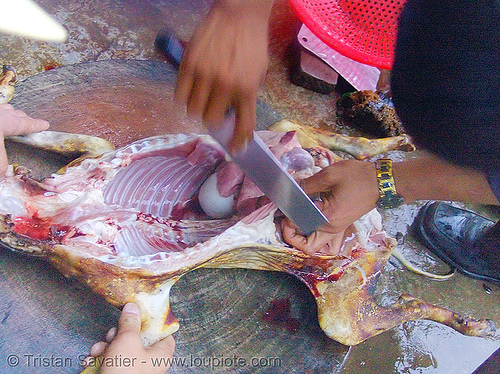