Eating the dog: Eating a bit in a leaf, with a piece of radish, and dipped in some sort of fermented sauce. That's the propper way to eat dog in this region. Yes, that's my hand!

Comments:
Jazmine Martinez
you are fucking disgusting how can you eat dog like that. people of your kind make me sick fucking dog eaters.
Add a Comment...
Selected album:
Photo album:
Eating Dog Meat 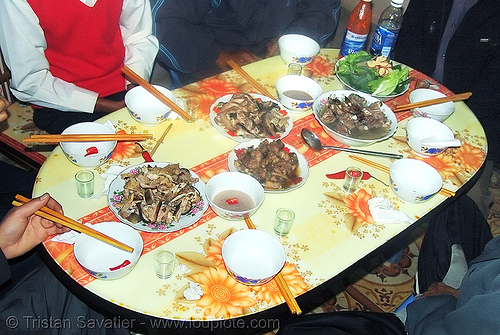 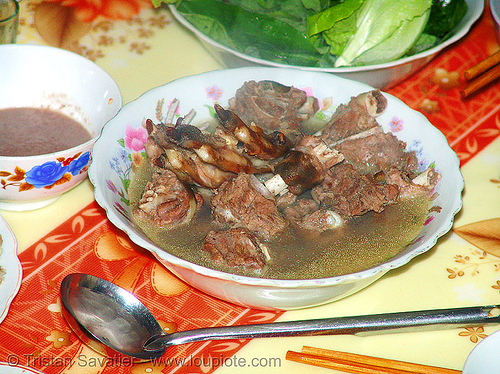 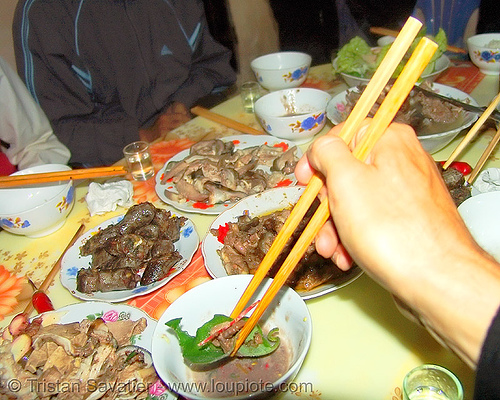 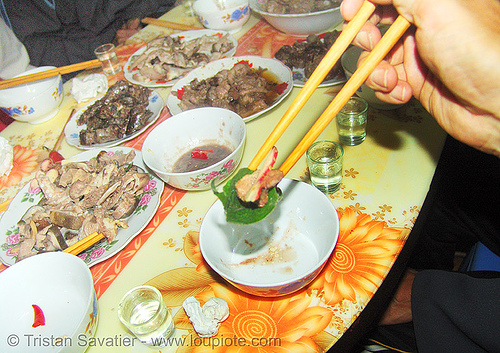 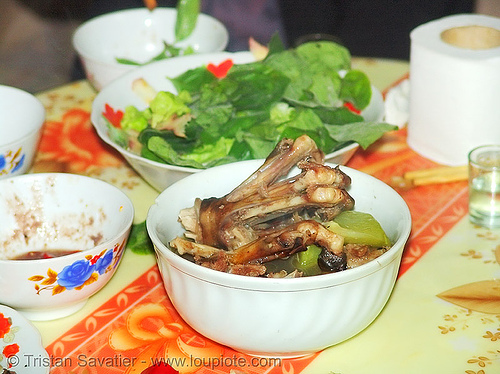