Before eating the dog: Plucking, i.e. removing the hair, is done after scalding, i.e. plunging the carcass in boiling water.

Comments:
iza
sick... I have to run quickly to reach the toilet to vomit... if sb is able to do it to dogs .. he is probably able to do the same to people... not friends, but strangers " of course" living far, who are not somehow related to them......exactly like to dogs..."specially bred.."...... i am 44. and still surprised by this world.....
Alexandra
Humans and dogs should be equal. Don't you see, it's not what is on the outside, it is what's on the inside. And inside all animals, including humans, is a heart, a mind, and a soul. A dog has fur , yes. But it also has a heart like a human. It has a soul, like a human. It has a mind, like a human. Look at the inside.. Our souls are all the same. Our souls are all equal. But with this kind of torture.. It breaks my heart. And it breaks the hearts of many. I can't see why we can't all become one on this Earth and live in harmony with other countries + nature. My dream of animal abuse not existing will never come true unless you see how our souls are the same as these poor little dogs you're killing.If I was older... I could do much more than just type how I feel on a keyboard. If I was older... I could help these animals you're hurting. So watch me. Years from now, I'll be on the news. I'll be on the newspapers. I'll be the one who stands up for these peaceful creatures. And you'll sit there and laugh. You can laugh all you want. But I'm going to be doing what I want and what my heart is telling me to do. And my heart is telling me to get up and fight as hard as I can for cows, pigs, chickens, dogs, and cats. I'll fight for all animals that ever existed. So watch me.
Dogluva
They should delete this site..
Dogluva
SICK! And i'm only 8
Daniel
Wouldn't be so bad if they were treated humanely before they are slaughtered. They way they are handled is appalling...
alle
you people make me sick i am 12 years old and my liddle sister is crying in tires i hope you die
Add a Comment...
Selected album:
Photo album:
Eating Dog Meat 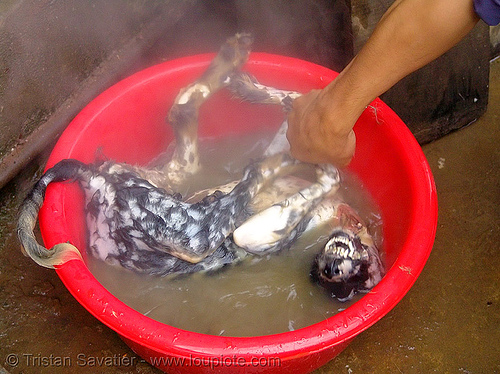 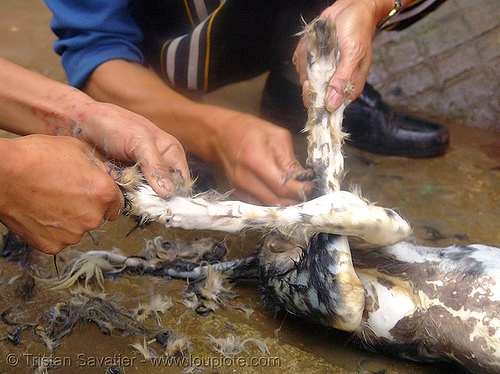 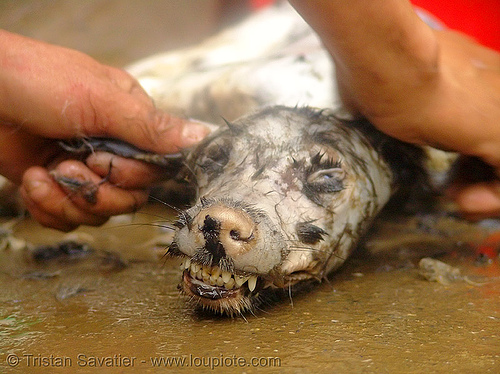 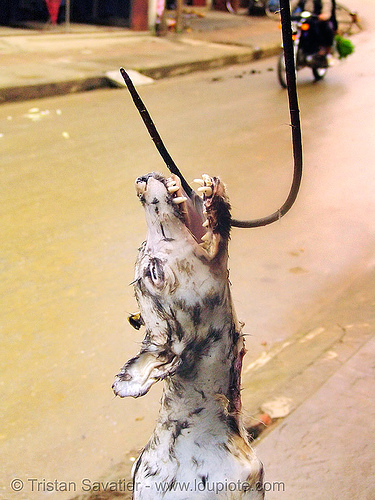 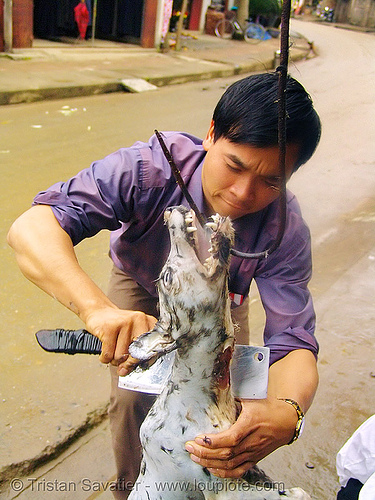